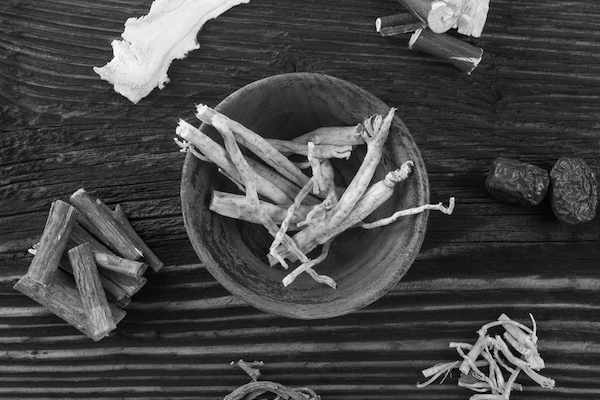 Adaptogens are non-toxic plants (herbs and roots) which can help the body resist physical, chemical or biological stressors. Chinese and Ayurvedic healing traditions have used these herbs and roots for centuries, and they’re having a revival. Turmeric is probably the most popular food adaptogen.

An adaptogen must offer 4 benefits know as the 4N’s

The Soviet scientist-toxicologist Nikolai Lazarev introduced the concept of “adaptogens” based on Hans Selye’s theory of stress and general adaptation syndrome. Studies were first published in Soviet Union WWII military journals, and the use of herbal and medicinal plants to aid stamina and survival in harmful environments was further developed during the 1950s.

Adaptogen and The European Medicines Agency

In 2008 the European Medicines Agency reviewed the evidence, while there are decades of non-humans studies looking at the potential of adaptogens, according to the European Medicines Agency, most of the pre-1980’s research had serious methodological flaws. They concluded, “the principle of an adaptogenic action needs further clarification, and that in pharmacological and clinical terminology the term adaptogen “is not accepted or commonly used in the EU”.

In 1998 following over fifty years of further investigation and revisiting Lazarev’s life’s work, the American Food and Drug Administration (FDA) defined an adaptogen as a “new” metabolic regulator stating; “that they have proven it to help in the adaptation and prevention of environmental harms”.

How they work (no science)

When faced with a real or perceived stressor, our bodies go through a three-stage response: alarm, resistance, and exhaustion, known as general adaptation syndrome (GAS). The concept is that adaptogens help us stay in the resistance phase longer, working like a dimmer switch to normalise body imbalances. When the world is too bright, noisy and stressy; they dial things down, so we feel less irritated and more in control. When things are too sluggish or quiet, they ramp things up to give us a boost.

There are many natural adaptogens, each with a different effect on the body. I have written about two popular ones, ashwagandha, and turmeric. Which you choose will depend on many factors; personal preference, gender, stage of life and your desired results.

Unless otherwise advised, a combined formulation is usually the best way forward. Often labelled as ‘stress support’, these typically contain Ginseng, Ashwagandha, and Rhodiola. They take 2 -3 weeks to become effective, the recommendation is a 12-week course followed by a break.

As always, please discuss taking any new supplements with your GP or qualified health professional before you start. As they can interact with prescription medications and may not be suitable for some people.

While taking an adaptogen may be beneficial, as part of a multifactorial approach to wellbeing. They won’t solve all stress-related concerns unless combined with lifestyle changes.

Next time: Ashwagandha, the wonder herb?

You probably don't know the author of this quote, Malala Yousafzai is the youngest Nobel Prize laureate and an activist for female education, especially women and children in her native Pakistan.
Sometimes we create unhappiness because of our old programming, mindset and behaviours. Every day can provide an opportunity to gain insight and grow, but not all of this is comfortable, and that can hold folks back⠀⠀⠀⠀⠀⠀⠀⠀⠀
Are you genuinely supportive of women?⠀⠀⠀⠀⠀⠀⠀⠀⠀
Is this image annoying?⠀⠀⠀⠀⠀⠀⠀⠀⠀
Today wise words⠀⠀⠀⠀⠀⠀⠀⠀⠀
According to Stephen Covey, most people focus too much of their time and energy on the things they cannot control and miss opportunities to influence what they can change, so their influence shrinks.⠀⠀⠀⠀⠀⠀⠀⠀⠀
Thought of the day.⠀⠀⠀⠀⠀⠀⠀⠀⠀
Thought of the day. Stress, pain, loss and grief are part of the human experience, but suffering is optional.⠀⠀⠀⠀⠀⠀⠀⠀⠀
Thought of the day.⠀⠀⠀⠀⠀⠀⠀⠀⠀
Meno myth Menopause only affects women. ⠀⠀⠀⠀⠀⠀⠀⠀⠀
For the price of a cup of coffee, you could find out more about perimenopause and menopause in my Ebook, Menopause: the inside scoop (Link in bio) and raise funds for the Eve Appeal. The UK’s leading national charity raises awareness and funding research into the five gynaecological cancers–womb, ovarian, cervical, vulval, and vaginal. Link in bio⠀⠀⠀⠀⠀⠀⠀⠀⠀
Meno myth: Hormone replacements are dangerous⠀⠀⠀⠀⠀⠀⠀⠀⠀
Primarily menopause happens to those identifying as women, assigned female at birth (A.F.A.B.), aka cis-gendered women. However, it also happens to trans, non-binary and intersex folks whom I do not want to omit or ignore this conversation. ⠀⠀⠀⠀⠀⠀⠀⠀⠀
Meno Myth: Blood tests are the only way to diagnose the menopause.⠀⠀⠀⠀⠀⠀⠀⠀⠀
Being menopausal is more than the cliche of a sweating, damp haired woman leaning into a freezer cabinet while buying groceries. Your own experience of menopause will differ significantly from others. While some discover newfound freedom, others may not find it a positive or enriching life experience and need to mourn the loss of their fertility. ⠀⠀⠀⠀⠀⠀⠀⠀⠀
Meno Myth:The symptoms are all physical ⠀⠀⠀⠀⠀⠀⠀⠀⠀
The average age of menopause in the U.K. is 51 for Caucasian females, 49 for African, Caribbean, and Latino women and 45-47 years for Southeast Asians (Indians).⠀⠀⠀⠀⠀⠀⠀⠀⠀
Meno Myth: Early 40s is too young to start the menopause⠀⠀⠀⠀⠀⠀⠀⠀⠀
Emergencies Exercise Hacks Lifestyle and General Health Men's Health Movement Matters News Osteopathy Pain Pain Management Pilates Self-help Stress management Vitamins / Minerals / Herbs Wellness and Resilence Women's health
Follow Thriving, inside and out on WordPress.com
Loading Comments...